Press enter to begin your search

We get thousands of pictures sent to us every year, by anglers, charter boat skippers, PR companies, tackle companies…you name it we get them. However, I can’t tell you the number of times I’ve had a picture of a cracking fish that I just couldn’t use for one reason or another. So, I thought a handy guide to getting it right would be useful.

Vital to get a great shot – getting the lighting balance right is one of the most important tips you’ll ever get. Ideally, all pictures would be taken on a bright sunny day with a blue sky but sadly as we all know many fishing days are not like that at all. If it is sunny make sure you get the sun behind you when taking the photo. On dull days try and take the picture away from any backdrop that will help to darken the shot. 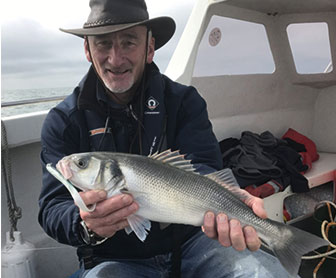 Firstly, try and calm the fish – let it rest for a second and maybe cover its eyes. Remember getting the hook out can be time-consuming so take the picture with the hook in it, especially if you have used a bright-colored lure.

When holding the fish try and keep fingers out of the shot. Ask the angler to hold the fish from behind, maybe with a finger in its gills and firmly on the wrist of the tale. Push it away from the body slightly.

Holding the fish at an angle can create depth, and angling your fish in the right way can also avoid sun blowout.

Don’t: dangle the fish from a hook

Don’t: Take pictures of large amounts of dead fish on the deck

Do: Make sure you get the WHOLE fish in the picture 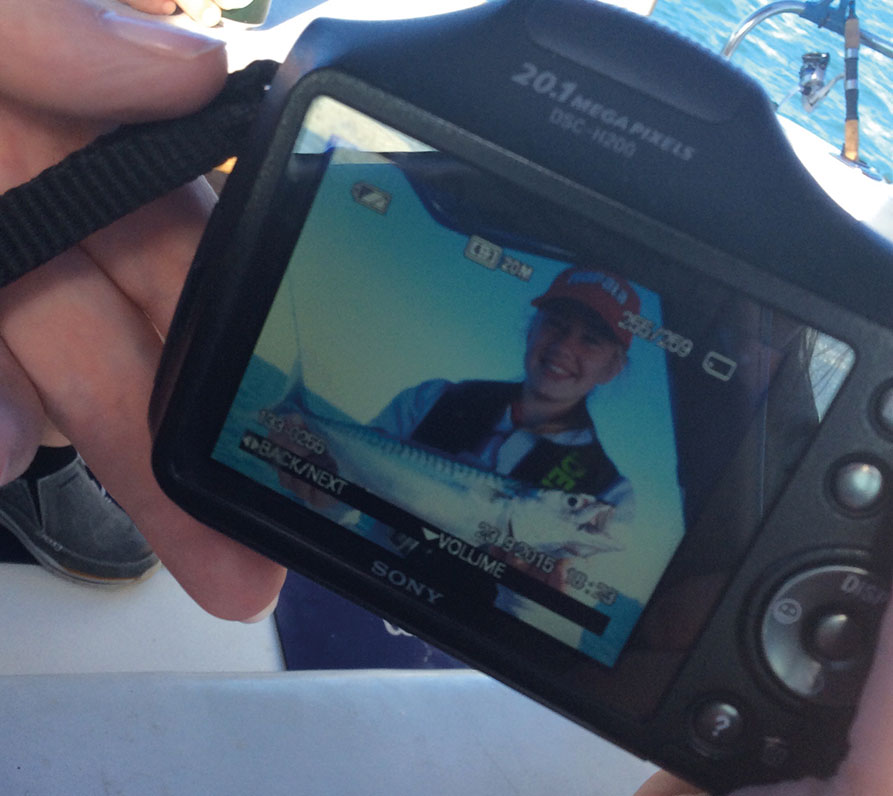 Make sure the backdrop and framing around the angler is clear and well balanced. Try to take the shot on the level so it doesn’t look like the sea is running at 15%. As mentioned earlier blue sky is always best, failing that a neutral consistent background is always preferable. Try to make sure there is nothing in the background to distract from the shot, including other anglers, clutter from the wheelhouse, or anything else.

Watch out for the classic rod sticking out of the ear moment, very common!!. If you are going to include the trace or lures get the subject to hold it all well clear of the fish – preferably against a clear background, with nothing else to mask the line or smaller bits of tackle.  You can consider including the rod or a lure which can give the picture some flair but don’t go overboard. Less is more and too much is distracting.

Avoid at all costs blood, guts, dead fish, cut bait, and any other clutter from getting in any of the shots. There will be times when you might want to show the bait used but try to ensure it’s not an unrecognisable mess or a distraction.

Have your camera ready before going fishing. You’ll get better much better photos if you don’t have to mess around while wrestling with a fish on the deck. Get the settings right and make sure it’s got a clean lens with no smears or water in it.

Investing in a smart camera/mobile holder might also be a good investment as nowadays making a video is as easy as taking a picture. These new holders follow your movements. The great thing is that you can push the play button right from the start of the action down, taking as many poses as you want quickly, and keeping also possibly a souvenir of the fish safely swimming away. Back at home you now have time to select the perfect still pictures.

Remember no matter what happens on deck, fish welfare comes first, release it immediately if it shows any signs of distress.

Sea Angling Classis is brought to you by Angling Spirit: promoting angling in a responsible manner and organising / staging events with the betterment of angling as the focus.

Other events organised by Angling Spirit:

This website uses cookies to improve your experience while you navigate through the website. Out of these, the cookies that are categorized as necessary are stored on your browser as they are essential for the working of basic functionalities of the website. We also use third-party cookies that help us analyze and understand how you use this website. These cookies will be stored in your browser only with your consent. You also have the option to opt-out of these cookies. But opting out of some of these cookies may affect your browsing experience.
Necessary Always Enabled
Necessary cookies are absolutely essential for the website to function properly. This category only includes cookies that ensures basic functionalities and security features of the website. These cookies do not store any personal information.
Non-necessary
Any cookies that may not be particularly necessary for the website to function and is used specifically to collect user personal data via analytics, ads, other embedded contents are termed as non-necessary cookies. It is mandatory to procure user consent prior to running these cookies on your website.
SAVE & ACCEPT